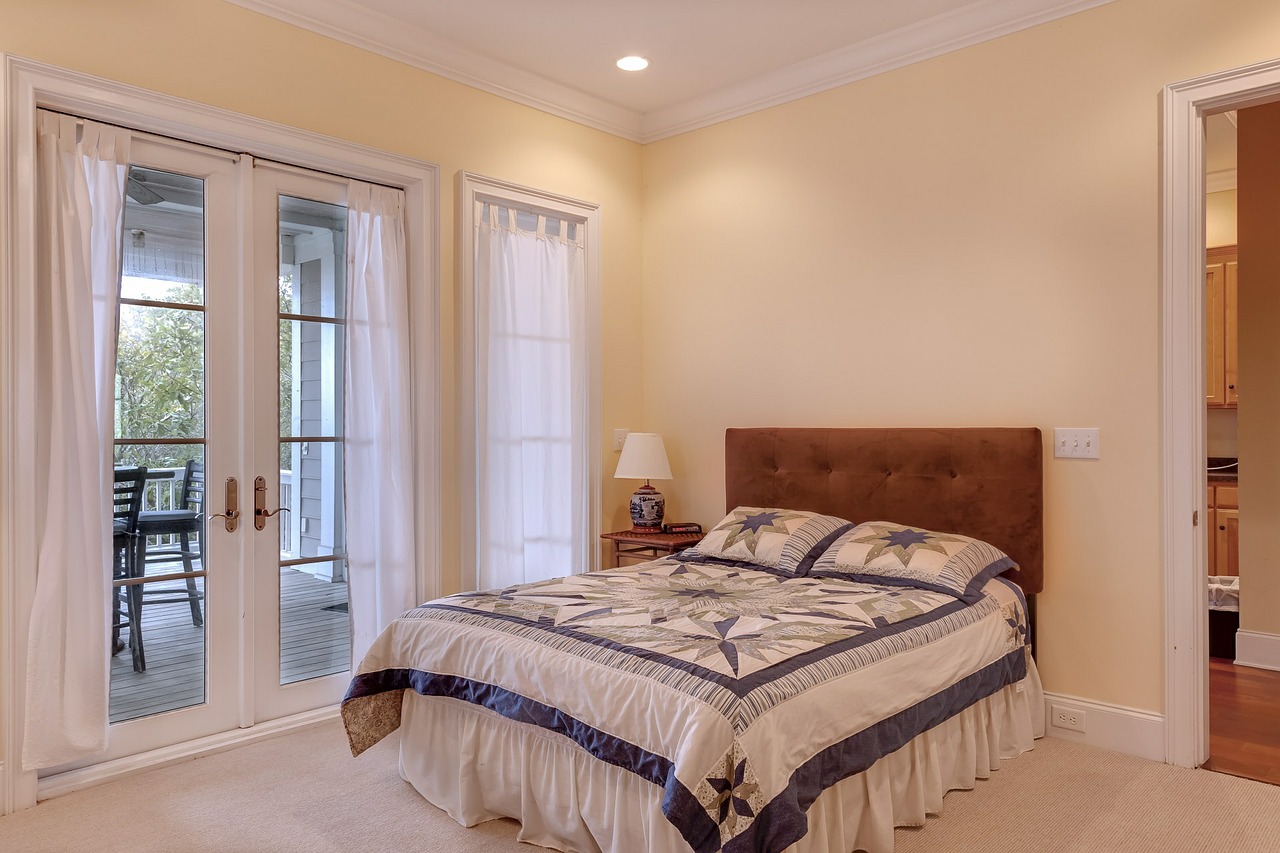 What are the Laws for Renters: The Best and Worst States

What would you do when your apartment requires repair or maintenance, but your landlord doesn’t seem to respond in making it a habitable home? In such a case, there are several options at your disposal that you can choose.

With that said, the answer to this question depends on your place of residence. For instance, you might decide to take legal action against your landlord, or do the repair yourself.

The legal action that you can take in such a case varies from one state to another. To illustrate how different the legal regulations are, we contrasted and compared landlord-tenant law in the District of Columbia and 50 other U.S. states.

We mainly focussed on ten common factors of the landlord-tenant relationship, such as rental increases, eviction notices, security deposits and warranty of habitability.

We then came up with a system that ranked the worst and best scenarios for a landlord and tenant. This system is based on ten aspects that we’ll explore later.

In this article, we will look at the states that have the worst and best laws for renters, as far as real estate is concerned.

What Are The Laws For Renters?

So, what are the laws for renters? Every tenant has a right to live in a secure, safe and quiet environment that operates within the law. The tenant rights might vary from one state to another.

For instance, the rights you have in Keego Harbor, Michigan may differ from those in Austin, Texas. No matter what, though, tenants are responsible for paying rent, adhering to the terms of the agreement, and taking care of the property.

The United States is made up of different states, with each of the states having the right to make their own state and local laws. However, states can only create legal regulations that agree with federal law.

For instance, the Fair Housing Act requires anti-discrimination practices to create a habitable home. It’s the duty of house owners and renters to ensure this happens.

The independence of states to create legal regulations has made every state develop unique regulations and laws that depend on their respective culture.

For instance, the southern states have always relied on agriculture for a long time, therefore valuing their land. These states end up designing their laws and regulations to protect property and landlords.

The northern states focused more on trade and manufacturing, thus encouraging more immigration to Europe. This made more people work in factories and stay in crowded cities. It meant developing more legal policies to regulate rents.

The regulations and laws in the mountain states seem to be in favor of landlords. This can be attributed to the fact that renting wasn’t common here, thus there was no opposition from renters.

In areas where tenants outnumber landlords, the policies and regulations lean towards protecting tenants. For instance, there might be policies that allow pets in apartments.

Vermont came on top as the most renter-friendly state, which was followed closely by Hawaii and Delaware. According to our analysis, other states that took good care of renters were Maine, Alaska, D.C, Rhode Island, Michigan, and Arizona.

The state laws and regulations in West Virginia and Arkansas were the least friendly to renters. The other states with the least favorable legal regulations and landlord-tenant laws were North Carolina, Ohio, Colorado, Idaho, Georgia, Louisiana, Wyoming, and Mississippi.

Arkansas is the only state on the list where tenants can face rental-related criminal charges. No matter what, tenant rights must be upheld by every landlord.

How Different Can Rental Housing Laws Be?

Renter laws are different from one state to another, and even from one city to another. For instance, tenants in Washington D.C. don’t abide by the same laws as renters in Atlanta.

Let’s take a simple illustration to show how the state laws and regulations vary:

Take a case where Peter lives in Vermont, while Mary lives in Arkansas, and they are both looking for a fair housing apartment that provides the conditions of a habitable home.

Each of them signs a one-year rental agreement and hopes that they’ll maintain a good relationship with the landlord.

Just a few days into the rental agreement, their respective apartment breaks down. They report the issue to their landlords, but neither is willing to fix the problem.

In such a case, Peter is allowed, by law, to withhold his rent until the problem is resolved. Mary is forced, by state regulations, to continue paying rent, even though the problem at hand isn’t solved.

The only option that Mary has is to express her concerns to the landlord, hoping that things will work out in her favor.

As time goes by, both Peter and Mary encounter a problem that forces them to be late on rent by five days. Peter gets a 14-day notice informing him to quit the apartment or correct the situation.

A landlord cannot evict Peter by force in such a case. Mary’s landlord might still have a grudge, due to the previous lawsuit in the scenario above, and decide to terminate the lease agreement under the ‘failure to vacate method.

Mary will have just ten days to move out, or else she could face a criminal charge. The only solution for her is to find the money, pay the landlord, and then move out of the apartment.

Case Where Renter Leaves Personal Property at an Apartment

What if, after moving out a few days later, one of them discovers that they accidentally left their personal property at the apartment? As per Arkansas law, the property now belongs to the landlord, and you can’t do anything about it.

However, according to the Vermont regulations, Peter has 60 days to recover his property. His landlord is required to store it safely for him.

The relationship between a tenant and a landlord may sometimes prove to be difficult. Most of the time, problems arise because either party isn’t meeting its end of the bargain.

When this happens, there is a need for unbiased and concise legislation to resolve the problem and avoid further misunderstandings. One of the main challenges that every renter faces is the issue of security-related deposits.

At least ten states have limited the amount of security deposit that can be collected by the landlord to be equal to the amount of one month’s rent. Among these states are the District of Columbia, Kansas, Rhode Island, Hawaii, and Massachusetts.

In some states, you’ll not have to wait for a long time after your lease has expired, and you have moved out, to get your security deposit money back. Most tenants prefer to use the same money to pay a security deposit for their next apartment.

The luckiest renters are from Montana, who are required to receive their security deposit within ten days of vacating. Some states require landlords to refund security deposits within 14 days, which include Arizona, Vermont, Nebraska, Hawaii and South Dakota.

There are times when you don’t have money at exactly the time rent is required. In such a case, you would like to have some allowance to look for rent before you’re kicked out.

The District of Columbia offers the longest termination notice of 30 days. You’ll receive a 14-day if you live in Wisconsin, Massachusetts, Tennessee, Vermont and Minnesota.

Every tenant deserves to receive advance notice before a fair housing rent is increased. If you live in Delaware, Vermont and Georgia, a landlord must give you a 60-day before a rental increase can commence.

However, those in Hawaii, Nevada, Michigan and Maine, among others, should receive the notice 30-days before. The notices vary depending on state.

When it comes to having bad regulations for renters, no state is perfect. For instance, Vermont, which has some of the best and legal regulations, doesn’t set limits for security deposits. Other states under this category include New York, Georgia, Texas, Washington and Illinois.

A tenant should also be allowed to withhold paying rent if the landlord fails to provide essential services such as hot water, electricity, and heat. There are at least 11 states that don’t allow this landlord-tenant law, which includes Louisiana, Texas, North Carolina, Alabama and Georgia.

There are at least 14 states that give landlords the power to employ harsh measures, such as an unconditional quit notice, against tenants who violate their lease agreement. Some of these states include Hawaii, South Carolina, Arizona, Virginia and Rhode Island.

However, the situations that permit applying these legal regulations include breaches of rental agreements such as prostitution, illegal drug possession and other criminal activities.

Some states, such as West Virginia, South Carolina, and Georgia, may offer such notice on late rental payment. It’s important to pay your rental fee on time, no matter where you reside.

States such as Georgia, South Dakota, Missouri, New Jersey and Maryland give landlords the power to terminate a rental agreement and file for eviction if a tenant is late on rental payment.

There are other legislations you must consider and include:

You can research more about your state’s landlord-tenant laws.

Ranking Methodologies that We Used

We employed the following ten aspects to rank states as far as landlord-tenant laws and relationships are concerned:

There is no argument that every renter wants a place where they will feel at home. Whether you’re looking for a one bedroom or two bedroom apartment, you must consider a state where the regulations are friendly.

A place like Cass Lake Front Apartments could be ideal for you. With that said, we hope that you settle in the best state where you’ll access quality housing at an affordable price.