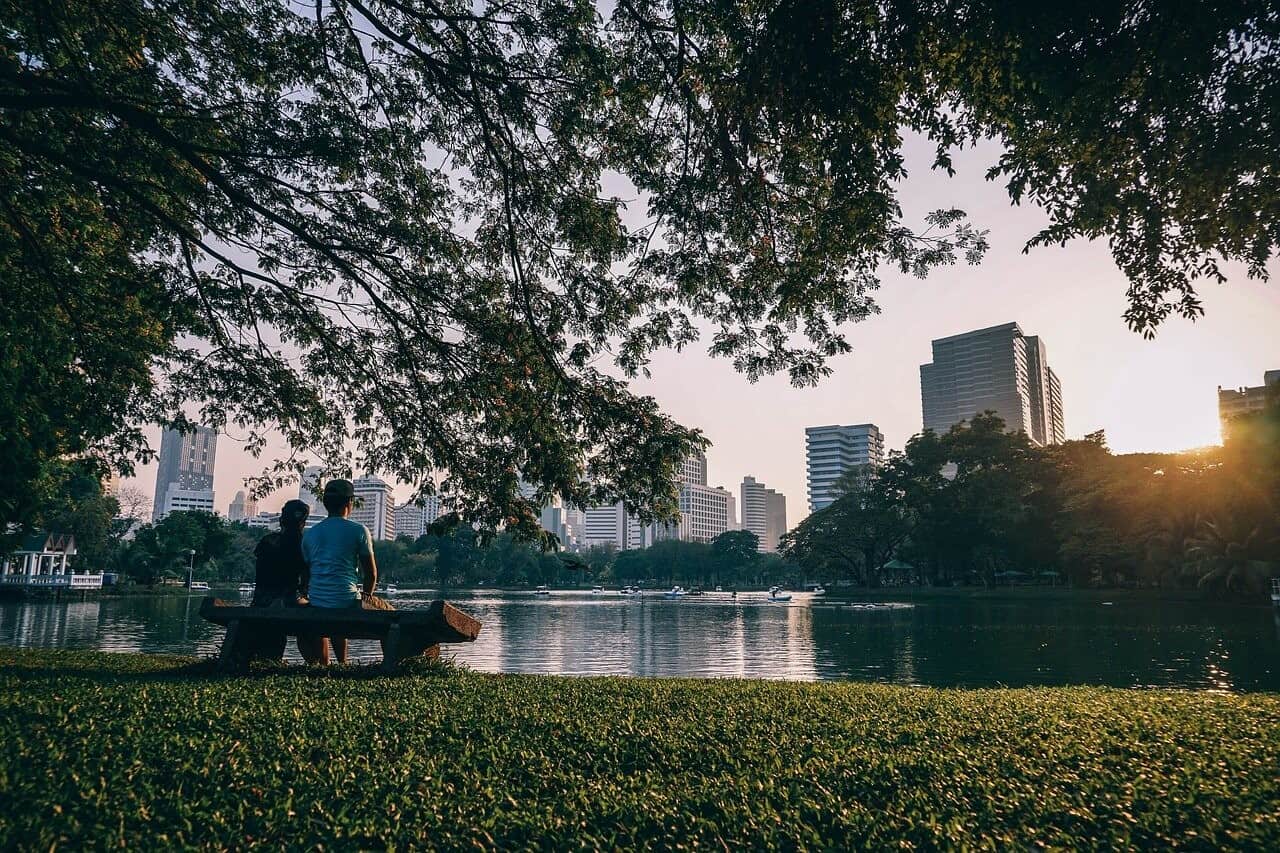 Learn About the History of Keego Harbor

Maybe you are a history buff, or perhaps you just want to know more about the city you will soon call home? Whatever the case, Keego Harbor has a fascinating history and beautiful city motto “Heart of the Lakes.” Located in Oakland County, Michigan, Keego Harbor is a small town with humble beginnings. Fun fact: this Michigan city is the third-smallest in the entire state. With that being said, Keego Harbor actually has a lot to offer its residents and visitors.

For starters, city of Keego Harbor motto, attributed to several nearby lakes, makes it clear that boat life is more than just a fun phrase. Here, residents take full advantage of Cass Lake, Union Lake, and Upper Straits Lake. Moreover, this city is not far away from Sylvan Lake and Dollar Lake.

Of course, this amazing city of Keego Harbor was not always an outdoor recreation and watersports mecca. In fact, life in Keego Harbor in the early 1800s was more focused on farming, fishery, domestic work, merchants, and trade skills. Nevertheless, there were a few well-off individuals who frequented these parts strictly for a little R&R. THat being said, let’s not get too far ahead of ourselves, let’s start at the beginning.

Like most of the country, Keego Harbor was first settled by Native Americans. However, the non-native residents first began settling at Keego Harbor Michigan in the mid-1820s. As briefly mentioned, these settlers were your typical working class of the time and made a living on their newly acquired land. It was not until the late 1890s that there was an influx of employment opportunities and people. Thanks to the Detroit Urban Railway building, a trolley line that connected Detroit to Pontiac by way of Keego Harbor in the 1890s, the Heart of the Lakes went from a small working-class town, with some vacation homes for the affluent, to a more accessible area for businesses and residential communities. Though things were beginning to look up for this area of Michigan, Keego Harbor had yet to be declared its own official city until the early 1900s.

One of the pivotal moments for Keego Harbor Michigan came in 1912 when a lawyer and real estate investor named Joseph E. Sawyer bought a substantial amount of property here. Sawyer then proceeded to develop his land and carve out a canal from Cass Lake to Dollar Lake, which later he referred to as the Harbor. Sawyer then took the Ojibwa word for fish “keego” (from The Song of Hiawatha by Longfellow) and named the entire area Keego Harbor.

With big plans in mind, this future city of Keego Harbor Michigan was going to be a major Oakland County resort/vacation spot. However, these ambitious plans were put on hold indefinitely. Yet, another blow to the area was that despite having the name of Keego Harbor in 1912, this particular spot remained a part of West Bloomfield Township until 1955. On March 25, 1995, Keego Harbor finally became a city.

Now an official city, Keego Harbor made a name for itself as not only a tourist attraction and vacation spot, but also as a wonderful place to live. Single-family homes, small lakefront cottages, and amazing apartment complexes steadily increased in numbers in Keego Harbor Michigan.

In terms of the demographic of Keego Harbor, as time went on, this small town/lake area of Michigan became more diverse. Furthermore, this laidback community also began having a mix of both white-collar and blue-collar workers.

Now, this fabulous Keego Harbor Michigan is home to almost 3,500 people. Nevertheless, present-day Keego Harbor continues to offer a welcoming and close-knit community with almost endless recreational activities.  Thus, if you are moving to a brand new apartment in this city, you will feel at home here in no time at all. Moreover, now that you have a better understanding of this lake town’s roots, you will become one of the locals with ease. In the meantime, get ready for life at the lakes and probably the best summers of your life.

A quick look at daily life in Keego Harbor will show you a family-friendly community of hard-working individuals who love a good bonfire by the lake. Residents here also don’t mind spending their downtime enjoying Keego Harbor Michigan sleepy resort-like downtown area. Nights are often spent at fantastic lakefront restaurants and bars. Weekends are spent exploring nature trails, biking paths, museums, local markets, and annual festivals. You can even try your hand at learning to stand-up paddleboard (speaking from experience, it is definitely not as easy as it looks). Of course, if you still need a few more reasons to look forward to apartment living in Keego Harbor, then come out and see for yourself.

By now, you may have noticed that Keego Harbor is quite the place to live. So, take your time moving into your new apartment, and when you are ready, hit the town. Whether you’re about that boat life or not, there is still a wealth of fun waiting just around the corner from your new apartment in Keego Harbor MI. For starters, you can take a stroll down memory lane and check out the Orchard Lake Museum. This particular museum allows you to get a close-up to what once was.

Of course, you can go to the beach and go sailing through the lakes if you so desire, but don’t forget there is more to Keego Harbor’s outdoor recreation than its many lakes. For instance, there are gorgeous outdoor parks in Keego Harbor MI like Fran Leaf Park, Sunset Park, Baxter-Morgan Park, Firefighters Park, and Hester Park. Choose any of these incredible outdoor spaces for a picnic by the pond, a leisurely bike ride, a soccer game, a refreshing swim, or to watch your children play outside for once. Likewise, if you want to maximize your fitness potential on the days you aren’t outside living your best life, then stop into Bloomfield Fitness around Keego Harbor MI for a personal training session or two.

Finally, if you are a foodie or you have currently been surviving on carry-outs, Keego Harbor has got you covered. There are several restaurants and bars that will satisfy any and all cravings like the Brewhaus Bar and Grill, The Lodge, Harbor Steak House, Gino’s Restaurant, and Indo. Embrace Nutrition is also a lovely smoothie and energizing tea spot if you are health-conscious with a sweet tooth. Plus, you can drive a few miles towards Orchard Lake Road and dine at J. Alexander’s or grab some freshly prepared goodness from Whole Foods Market.

How to Get Rid of Tiny Ants in Apartment
How to Reduce Dust in Apartment
Websites to Search Apartments for Rent: Top 5
Should I Have a Lawyer Review My Apartment Lease?
HOME | PROPERTY DETAILS | SCHEDULE A VISIT